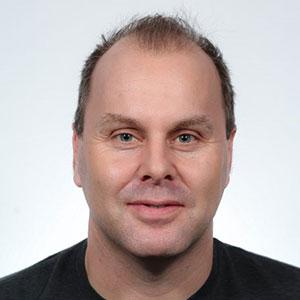 “It is important to be prepared to positively and continually disrupt ourselves,” says Mark Leadbetter, IT director at House of Travel (HOT).

Leadbetter speaks from the perspective of leading IT in a rapidly changing industry.

“The travel industry, like many others, is extremely volatile and we face a lot of pressure from disrupters,” says Leadbetter.

“It is important that we disrupt ourselves in order to stay ahead. This is something I seek to do constantly but it must be a positive disruption.

Last year, he restructured the management team as under agile, the role of the traditional functional manager has changed.

“I recognised that and changed our management team accordingly. We now have a much smaller management team (from eight to four) and have empowered our agile leaders who lead the work delivery.”

“Restructuring ourselves to be agile was the first step in the process but you cannot afford to remain static,” he stresses.

He believes, though, the one thing that is constant through all these are that “IT and the IT delivery structure must work for the business.”

He explains how when he joined the HOT, the delivery approach was waterfall.

The IT team was structured by functional units and each piece of new development was delivered as a project.

There was a lot of formal structure around the delivery of IT work items and the business had little say in how this was delivered and in what order.

He says the general feedback from the business was that IT delivery did not work for them.

“We installed product owners within the business and actively involved these product owners and stakeholders in fortnightly planning sessions,” says Leadbetter.

Today, the teams develop all their products iteratively in fortnightly sprints.

“We use techniques such as showcases and retrospectives to ensure we develop iteratively and learn from our mistakes,” says Leadbetter.

The technology team runs bi-annual surveys to gauge stakeholder satisfaction on these initiatives.

“We involve the business at every stage of the IT process and the positive results we have seen speak for themselves.”

Today, his team delivers 38 per cent more work by billable hour compared to the previous structure.

“We have 99 per cent stakeholder satisfaction across all 54 stakeholders. It has also driven a dramatic change internally.”

In parallel, IT employee satisfaction has risen by 30 per cent to 96 per cent. “Our teams are engaged, empowered and feel as though they are directly involved with the wider business,” he says.

Leadbetter says over two years ago, they introduced a new agile based structure that positively changed the culture of the IT team.

“We customised this to our business and we call it HOT agile,” he says. They formed the teams based on the business units they will work with.

“The aim is to work closely with key stakeholders in each business channel,” he says.

Every agile team has a social contract in place that allows us to check each other’s behaviour when we feel it is inconsistent with what we aim to be, he says. “A social contract provides the mechanism to do this without it feeling personal.”

This model has facilitated cultural change in that the streams have developed their own identity focused on how each delivers work.

The stream coordinators have come from diverse functional backgrounds such as application support and have risen to become great leaders within the business, he says. The result is measured by both internal staff satisfaction surveys and stakeholder satisfaction surveys.

HOT encompasses 10 different companies, and they consume content from third party organisations. These could be airlines, hotels, rental cars and cruise liners.

Traditionally there have been bespoke connections for each business. The technology team re-engineered their connections to create a HOT API layer. This allows us to create catalogues of standard APIs that can be consumed in different ways by different divisions of the organisation.

The API layer meant they could introduce industry changes simply and easily across their business.

This has reduced cost and time to market within their group. “We have been able to expose new content, routes and suppliers across multiple businesses simultaneously,” he says.

Leadbetter is part of the senior management team, and contributes to overall business strategy and performance.

“A key focus for me in my role is working with the business to ensure technology is enabling their business, differentiating them from their competitors and allowing us to win,” he says.

This can be a challenge when they have a partnership of eight different divisions and 90 different business partnerships.

“Every one of our businesses is unique and each one may vary in size from five to 400 staff and the strength of our business is that we provide them with the same focus and support regardless of their size.”

So when he presents at board level, he provides clear, uncomplicated information on IT projects and system performance.

“I use a traffic light system to update the monthly board papers with project information, security information and system statuses. This allows reduced size in board papers and immediately highlights any areas of focus for them.”

He holds quarterly regional meetings with every retail store, and uses these to discuss what they are doing within IT and to get their feedback on what is working in the respective areas.

“These meetings allow us to look at how we can meet some of the specific business challenges that they face,” he states. He augments these with weekly IT email with hints, tips and updates on what they are doing, which goes to all users.

“Within our IT team we have a philosophy that culture eats strategy,” says Leadbetter.

The IT team holds hackathons each year. This is where anyone from IT can work on projects or concepts they think might benefit the business.

They do this in teams and the ideas are judged with the winners getting to create live versions of their ideas as well receiving prizes.

“This has been a great source of innovation over the past year, and also created some great new relationships between teams that normally wouldn’t work together,” he states.

Every year, HOT hosts an awards weekend to recognise the achievements of staff across the group.

For the last three years, the IT team has received awards for the projects they have delivered.

Leadbetter says it is very critical to have a strong female representation in the IT team.

“Our business is 70 per cent female but traditionally within IT we have been much lower,” he states. “We are working towards balancing that ratio.”

He says today, the IT team is made up of 54 per cent women and 46 per cent men, and half of the IT management team are women. It is also a very multicultural group. Within the team, there are 15 different nationalities.

Giving back to the community is a major initiative in the IT team.

The team has raised funds for the hospice by conducting movie nights and charity auctions.

“We also donated 50 computers to a school in Samoa and sent staff over to set these up.”