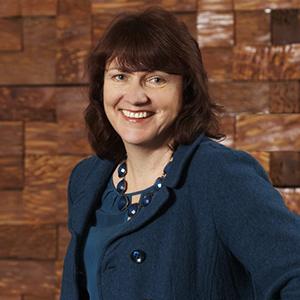 Vai is a digital biosecurity officer that is assigned to Auckland International Airport.

Vai, short for Virtual Assistant Interface, is based at the airport’s biosecurity arrivals area and can see, hear and answer arriving international visitors’ questions.

The idea is for Vai to take some of the load off Ministry for Primary Industry (MPI) officers during peak times by answering simple biosecurity questions from the public.

Vai is an example of the MPI’s Research,Technology and Innovation (RTI) in practice and is a working prototype.

Tracy Voice, CIO at MPI, says one key focus for her team over the past year has been embedding the Research, Technology and Innovation practice across the organisation.

She says to allow this innovative work to take place, the RTI team introduces emerging technology ideas to the leadership team, on the basis this aligns with MPI’s strategy.

The next state is then to conduct further research (validation report) to understand whether a prototype is possible, if not, the idea is stopped.

If possible, the leadership team will sponsor to progress to a working prototype. Once a prototype concludes, decisions then get made to productionise or stop based on the value proposition.

In the case of Vai, the airport prototype is a trial on whether the virtual assistant will be a permanent part of the biosecurity team at the airport.

Another prototype that was recently trialled is the use of holography technology at the airport, which like Vai, is funded by both MPI and industry (eg Westpac and NZ Universities etc).

The problem is that travellers walking past the signage need to heed the message advising them to dispose of biosecurity threats like fresh fruits or other items that could introduce pests and diseases to New Zealand.

She says for this any RTI idea, the senior leadership has to be involved, as the project goes through structured stages. There should also be the willingness to seed fund the project with industry, sponsor the prototype, utilise resources across the business, and then own the prototype.

Thus, Voice speaks to the MPI senior leadership team every six weeks, and discusses their work around emerging technologies and possibilities.

“This has taken some time to lock and load, but is now routine,” she says. “We seek approval on new ideas, assign a sponsor, attach validation reports and showcase prototypes.”

The technology team runs a weekly blog, holds roadshows across the organisation, and posts updates of their projects on the intranet.

With her team, she says some of their key programmes are around operational stability while adopting new ‘as a service offerings eg. Telecommunications as  a Service’, operational efficiencies eg. Mobile apps for our frontline.

“And, of course, a key focus on our people and how they adapt to a digital world from a cultural perspective.”

In addition, within her team it’s all about career pathways and mentoring, inclusive of ensuring she has a diverse workforce.

She has also introduced the concept of reverse mentoring, where a millennial staff is mentoring a senior leader.

“As a CIO, you need to adapt your style depending on that audience,” she says. “Find out what matters and tell the story that will resonate with them.”

Voice says because the CIO is operating at all levels, “you need to learn ways that will inspire/influence transformation.”

“Sometimes this means connecting face to face, fronting up if there is a service issue and being authentic (‘apologise’), walking the floors or being present to tell a story.”

At present, she says, her current discussions are around “what digital really means and why it matters.”

This is something she is continually learning, especially with her recent offshore studies at Oxford University.

Voice had attended the Oxford CIO Academy programme as one of the winners of the Leadership Development Centre fellowships under the State Services Commission.

The programme explored themes around the digital CIO, IT to digital, technologies and business model implications, leadership, data and beyond.

Both Tracy and another government CIO, Murray Young of Customs Services, attended the programme which included trips to observe the border control programmes in Norway and Sweden, as well as a visit to Estonia.

Estonia is part of the D7 group representing the seven most digitally advanced nations in the world which include New Zealand.

Voice documented the major lessons learned during the programme in a digital blog.

“As you travel through airports you are always observing what is different as you cross another border.”

In Sweden, eight officers and two dogs search for contraband in the travellers’ luggages. “There was no way you could exit without going through the control point.”

Visitors can declare anything and it is up to them to check out the criteria on goods that are allowed. She says the process was very quick and efficient.

“What we did get to see, however, was the new modern workplace. I was impressed, everyone was digital using laptops, cell phones (which could be used for personal use), no deskphones and on the day you select which room you want to work in.”

“It is something MPI is now implementing.”

She concludes: “Ultimately when you drill into the detail, it is all about the customer experience and making it seamless and easy to connect with a service.”