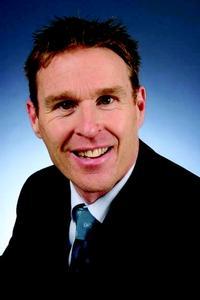 “We sell one out of three houses sold in Auckland, and we manage 15,000 rental properties,” says Simon Casey, CIO at Barfoot and Thompson.

“Our salespeople wanted one system to manage their customers and all properties for sale,” says Casey, relating how he and his team delivered a CRM project that replaced several legacy systems that were at the heart of the IT environment.

He says an agile approach was taken to deliver the new CRM capability to 1900 salespeople in 70 branch offices. Functionality was deployed in phases guided by the minimal viable product philosophy.

Both old and new systems operated in parallel during the six-month rollout programme, he explains. Both systems were integrated via API and a new reporting system was built using the API as the data source. The final phase of the deployment and data migration was delivered to 4 branch offices per week.

The next step will be the adoption of sophisticated marketing automation system which is currently being trialled in several branch offices.

Casey says there were at least seven elements that contributed to the successful rollout of the CRM system.

First, he says, the core project team was kept small, and had sponsorship from the company director. The IT team worked with around 30 users early in the project to help design the solution.

There was continuous development, deployment and feedback from key users, says Casey.

They then implemented an early adopter programme where branch offices opted into the project. The communication strategy was paced and comprehensive. The team created 11 short videos with users sharing positive experience. “We released one video every two weeks,” he says.

Finally, he says, that the existing API enabled integration of new and old systems that then supported the replacement strategy.

“Over a period of five years we have built an API that is now at the core of our enterprise architecture. Company data has become the central focus and applications have moved to the perimeter,” says Casey.

This allows us to replace any applications without hugely disrupting the business and it supported the development of a real time data warehouse. The concept has been presented to a group of Datacom customers with much positive feedback.

Casey further shares some approaches he has taken as IT continues to work with the different units.

He says they have adopted a flat IT team covering all IT disciplines. There are just two managers in IT - the CIO and IT Manager that also operates as second in command.

Team members form self-managed teams as needed, and leadership is encouraged without authority.

“We have found the flat structure to be empowering for staff and are necessary for agile response to disruption and competition,” says Casey.

“The team members, not management, decide the technology, tools and methods,” says Casey.

He also ensured IT was located with the marketing team.

He also encourages a culture that is supportive and processional with a low level of bureaucracy. At the same time, he says, risk taking is encouraged.

“Continuous delivery is supported by continuous funding, without the requirement for business cases, for the development of mobile apps, the website Barfoot.co.nz, API and the data warehouse,” he explains.

In terms of his career Casey says: “You don’t win by doing just one thing well. Organisational success comes from doing 100 things well.”

Taking this approach means establishing a strategy but keeping it simple with the action plan being the most important output of the strategy work, he says. “All work is prioritised against strategic goals” he adds.

“Customer experience is at the centre of all investment and activity, while data is seen as more valuable than any one system.”