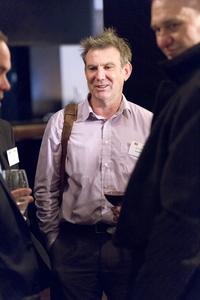 There are two examples that Darren Wilson, CIO of AsureQuality, cites as representative of the type of Digital and IT transformation that AsureQuality is going through.

“The first one is an ongoing focus on digitising workflows in the field services area. It is an ongoing programme of work being delivered in an agile way and has been delivering benefits throughout the year,” he says.

Benefits include better visibility of work being carried out by a major business unit and the subsequent improvement in service delivery to customers. He believes that this, coupled with a reduction in indirect costs, will enable AQ to transform the way they operate over time.

“By continuing to consolidate their operations into a single system and pushing that data into spatial dashboards we have been able improve forward visibility for both our planners and our customers”.

The second is an app developed for both Apple and Android devices that supports a new revenue opportunity in the certification area. “A digital solution has grown the revenue for that particular programme by up to 300 per cent”he states. “Half of which is subscription, year on year revenue from the app.”

In terms of overall Digital and IT challenges, “The biggest one is dealing with the impact on field staff,” says Wilson.

“By looking to streamline operating processes, alongside the delivery of in-field data capture tools, we noticed that we were surfacing new problems around data accuracy. This was a result of a greater emphasis on getting the data right first time and relying on fewer downstream checks and balances.”

“Part of this we put down to digital literacy so we have stepped up the training aspect of the rollout, including spending more time putting IT teams into the regions in the form of ‘drop in days’ and ‘device health check opportunities’.”

Alongside these core initiatives, Wilson says AQ has been running Proofs of Concept for a number of their services around new technologies.

“The IT team ran a machine learning PoC around our food testing data. The results were promising with a predicative accuracy around incoming test volumes of around 76 per cent at a first cut. The plan at the moment is to move to pilot and then deploy at least one production model in this area sometime later this year.”

“Those particular trials are being driven out of the General Manager of Science & Technology’s space, however, we are largely joined at the hip around these initiatives as they all have data at their heart.”

He says individually there is nothing unique in these technologies.

“We are assessing their impact when we string a number of them together and target improvements in specific areas of the value chain. For example, sensor data collected by drones, potentially run through algorithms and then presented back in a usable way. We see the combinations of these types of technologies as being disruptive to how we operate whilst delivering improved services to customers”

Wilson says as part of the executive team he works closely with all areas of the business.

The biggest lesson he has learnt in his time as a technology and business professional is that “it is all about people and forward motion.”

He explains: “As an opinion leader across an organisation, the CIO must remember that they are there to make things easier for people. All technology initiatives must create some benefit to either the business or the customer and preferably both.”

“Earlier in my career I used to take a purist view but quickly decided that making 100 informed decisions and having only 80 of them correct is better than agonising over 10 perfect decisions. In the same time I’ve made 70 more decisions that worked out great and moved the conversation forward. As long as you are willing to accept failure, learn and adapt quickly, it's ok to try things that turn out to be the wrong call sometimes.”