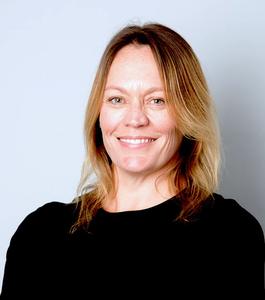 “It’s a tough crowd,” says Nash, who holds the dual chief information and operating officer role at the Crown-owned company. “Bearing this in mind, we need to be fast and nimble to put our members and their technology at the forefront.”

Over the past year, Nash and her team have delivered multiple programs that focused on some challenges they were facing, “how and what we deliver to our members, how we report and manage our information and the very cultural fabric of our team.”

The review of the enterprise systems and processes resulted in significant de-risking of the business, reduced system complexity and costs with improved delivery and reporting processes, she states.

Nash says the potential operational and cultural impacts from these projects were huge. “I was proposing a total review of the tools and processes we used, how we worked together as a team, how we reported and how we engaged both internally and externally. It was a big ask.”

“My approach from Day One was simple, I was honest. I listened, a lot.

“I gave people a forum to speak and let them know they would be heard. I worked the problem at its source and not the behaviours that resulted from it. I spent the time, I made the effort, I joined the Slack channels, I attended the meetings, I spoke privately and in groups. I showed goodwill, showed I was capable of listening, showed good intent and then I did probably the most important thing. I did every single thing I said I would do.”

On the bleeding edge

“If we focus on the two most ‘bleeding edge’ things we have done this year we would look at the work on Software Defined Networking (in our case working with ‘FAUCET’) and a special little project called ‘RURU’, which devised a way to measure TCP latency and display a graphical representation.”

The biggest challenge Nash faced was taking people who have day jobs and trying to find the time and money for them to work on new technologies that set them apart. She overcame this challenge in two key ways.

“We sorted out what our story was so we could tell it to the right people (and therefore get time and money) and we utilised our sparse resources efficiently,” she says.

The team took on a PHD student from Glasgow University and partnered him with two REANNZ engineers to devise RURU. We also took advantage of a change in personal circumstances of one of our engineers to help support him in his academic endeavours at the same time as allowing REANNZ to continue as global leaders in the SDN community.

“This flexible approach works so well for our people and keeps focus on the things that are important to us and our members.”

Nash believes culture in the workplace “is a living, breathing thing” and she brings this philosophy to REANNZ. “Culture isn’t a project to be delivered, it is not a thing you can write down and you can’t pin it on a wall.”

“Be honest. Listen. Keep up the communications. Do what is promised and make an environment where people have an opinion without repercussions.”

“When I came to REANNZ I showed faith and support and genuine caring and in return I got a team that trusts me and wants to be there,” she says. “I work hard every day to make sure I keep that trust.”

Nash has many stories of lessons learnt in her extensive IT career, however, she recounts a poignant lesson that was short, but simple.

“One of the issues at REANNZ was uptake of a ticket tracking system. It had been selected and implemented but wasn’t being fully used. It wasn’t a great implementation, no consistent process, no training, little documentation but the tool seemed OK and aside from email issues appeared to be sufficient.”

“After addressing the basics above there was still a clear hesitation to it. So instead of looking at the tech we looked at the people and found something so obvious. No one had asked the users their opinion.” says Nash.

“As a result, they felt like they had no say in what happened to them, their opinion wasn’t valued and it didn’t matter what they thought. I made a commitment to my team that I would always give them a voice. They might not like my final decisions but they would always know they had a chance to say something.”