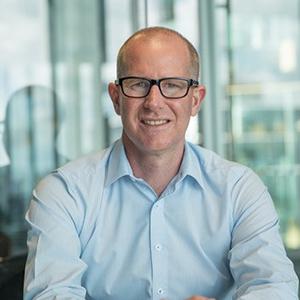 With interest growing, and more and more examples of IoT in action coming to light, Kordia acknowledges that many businesses are looking for a network that has both the coverage and the capacity to connect thousands or millions of low cost devices; and the ability to manage these devices in a simple, secure and efficient manner.

This was the key business driver for the major IoT based project started last year by Kordia and spearheaded by the teams they both head.

“We believe that for IoT to really take off, it needs to be based on a solid commercial and technical foundation. The adopted open technology model also allows businesses to benefit from global development and economies of scale. Low cost, fit for purpose devices, long battery life and low connectivity demands, all combine to make this a winning combination. We believe the final product will provide Kordia with a huge competitive advantage in our target market.”

Kordia partnered with a local leader in the IoT space to deploy and maintain its network across New Zealand.

“This is based on technology from an international partner, whose vision is to create a global IoT network. This network is specifically designed for use cases and applications that require low cost devices and long battery life. It is ideal for applications like GPS monitoring and tracking or change of state like: temperature, movement, humidity, light, open/ close etc. It is an ultra-low power, low cost and long range network that is particularly good over water with messages delivered as far as 150 km out to sea. New Zealand businesses with global needs can also leverage the global footprint.

“Once complete, the network will reach more than 95 per cent of the NZ population, connecting millions of devices and sensors; and providing valuable data to businesses on any device, anywhere at any time,” adds Olphert.

When Kordia started its IoT journey, there was a very steep learning curve to determine where the company could fit in the ecosystem and where it could better extract value as a supplier and provide value to our customers.

“We have taken a very agile approach to empowering our employees across different business units to be involved with the network deployments we are doing, and importantly playing with the end-to-end solutions that these networks enable,” says Leigh.

Leigh points out any new innovation will need an executive champion which in this case was Aaron Olphert, “to provide guidance and remove roadblocks.”

“As the industry is evolving rapidly, you also need a dedicated resource who can immerse themselves in IoT on a day to day basis. These two roles have been essential in educating Kordia and our customers, expanding involvement across different Kordia business units (including trans-Tasman), and most importantly bringing real customer use cases to market,” says Leigh.

The two say they fortunately did not incur any real structural, operational or cultural impacts.

As Kordia is a networks and cyber security company with specialist wireless skills, IoT was a natural fit for our employees and there was no shortage of ideas on how Kordia and/or its customers could benefit from it.

“The key focus is been around maintaining momentum and engagement across disparate teams as for most IoT is an addition to their day job,” they state.

Olphert says one recent example of such an engagement was through a Kordia IoT Hackathon. This involved dedicating a day for teams across the company to develop and present working IoT use cases that had the potential to solve real world problems.

“One of the real benefits was the creation of these cross functional teams, where we had account managers working with engineers. We also involved two teams from Paymark, which provided an external perspective of IoT,” says Olphert.

Leigh also cites another major project with one of their customers, a major telecommunications company.

“With a distributed footprint to many businesses, Kordia recognised its customer had to complete a true business transformation project in order to effectively evolve the way in which it collected and stored data to find a single source of truth.

“The scale of the project was considerable: more than 2800 objects had to be reviewed against almost 1.2 million fields of comparison. The speed and intelligence of an automated system was integral to the completion of inter-relational analysis to that degree,” Leigh says.

Business requirements for monthly development sprints were collated via workshops per sprint and involved both technical and business staff.

Whiteboarding the ideas in the early stages of the project set us up to develop the technology as an industry best practice model for managing complex asset data – the final product was so effective it is now also in daily use across a large part of Kordia’s customer base.

Leigh states one core output was the generation of a meaningful and rich template report format – one that met the industry demands for auditing, compliance and governance requirements; and also allowed Kordia to collate information from across multiple teams and generate reports.

The two note how staff members are encouraged to take ownership of their personal development, both on a technical and soft skill level and are provided with the necessary resources to do so.

The Kordia purpose of “making the digital world more secure, reliable and resilient”, results in a naturally diverse organisation of highly-skilled and role capable individuals, they add.

“We have a great mix of people from different cultures and backgrounds, but as we are part of the technology industry, the issue is the scarcity of females in technical roles. This is something that Kordia, and the industry in general, is working hard to rectify.

“We also believe there is an opportunity for more collaboration between the tech industry and the education sector to highlight and promote the opportunities for women in tech and the great jobs available,” says Olphert.