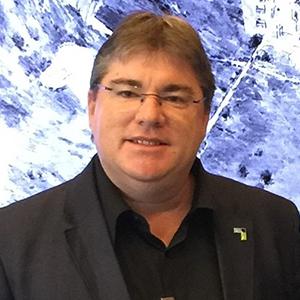 “Never stop learning” and “create a group of non-traditional collaborators”.

For Glen Willoughby, General Manager information technology at Downer New Zealand, these are some insights he shares with his team as they work to stay ahead of the disruption curve.

Willoughby also holds a wider group role as a member of the Downer Group ICT Governance boards and the ICT Executive Leadership team.

At the end of the IT stuff is a person, sometimes we forget that, and that is when things get pear shaped.

Before joining Downer, Willoughby worked in the New Zealand district health board sector, merchant banking and dairy. He is a Senior Research Fellow of Victoria University, focusing on AI and emerging technologies in health, and a Member of NASA-JPL’s Digital Technology and Innovation Advisory Board.

“These experiences enabled me to take some initial risks in field force systems and innovation,” he says.
Combined with reshaping the Downer New Zealand business IT function, he says, “the IT team has generated significant opportunity in the market through applying technology in new ways to support our end customer and keep our people in the field safe.”

He strongly believes that creating a safe place to work, and acknowledging mistakes and failures are the starting points for learning.

“We need to provide our teams opportunities to learn, including formal education and gain new experiences to apply to one’s profession,” says Willoughby.

He also advises to work with non-traditional partners. “They will provide a different perspective.”

JPL is part of a group of ‘non-traditional collaborators’ that give them advice that enables Downer “to learn faster than our competition”, says Willoughby.

When the technology team was assigned to develop a model for three significant programmes, he forged a partnership with Soderstrom. The latter worked with the Downer IT innovation team on a weekly basis, joining the meetings via videoconferencing.

A major outcome of this partnership was the development of a Downer technology innovation model leveraging off the experience and lessons learned from JPL, says Willoughby.

One of the projects his team worked on was the use of MS Hololens Virtual Reality. Downer NZ construction developed a Hololens application to assist in building design, communication with subcontractors and presentation of concepts to customers. JPL has also developed this technology in partnership with Microsoft, and is using it on space missions, such as the Mars exploration.

In the near future JPL, Downer and Microsoft will collaborate to further extend application of the technology to other areas of the business, he says.

Another project was in response to the Kaikoura earthquake. The team developed a GIS solution within 24 hours to track the moving physical environment, the locations of staff and equipment, and provide visual references for all the agencies involved.

For Willoughby, the said project fits into his view that having a compelling reason to act - such as improving human knowledge, improving the health of communities, building the infrastructure of a nation, keeping staff safe to return home each night - is a vital aspect in the work of technology teams.

Thus, when Downer organised its first hackathon last year, the theme was identifying new innovations for a sustainable working environment, that they can apply in the head office.

Downer joined forces with students from the University of Auckland’s The Sustainable Future Collective in this hackathon.

He says some great ideas were generated, and the company offered internships to two participants.

Willoughby makes sure the technology team engages with the different business units at Downer. They do this through the intranet and a monthly IT forum where general staff are also invited to attend.

Simon Kerr, ERP team leader at Downer, says the monthly IT forum “is a great example of taking communication to another level”.

“It’s certainly a great platform for passing on information to everyone in the department,” says Kerr. “There are certainly no excuses now for not knowing what the IT department is planning, doing and has done from all areas.”

Willoughby, meanwhile, says what works for the team is knowing the importance of having “a clear understanding of the problem”.

On innovation, he says, just as important is the business model or a way to commercialise or provide enduring outcomes for what was developed.

“You may get the first ones right but it might die, not because it was not a great idea, but it just has to have a sound commercial construct around it.”

“Keep an eye on what is happening in the future because it is going to happen faster than you think,” he says.

Willoughby paraphrases a common observation in IT that humans tend to overestimate the pace of technology in two years and dramatically underestimate where it gets in 10 years.

“I think change is becoming more dramatic and I wonder if that time frame will come down in five years.”

“At the end of the IT stuff is a person, sometimes we forget that, and that is when things get pear shaped.”

“New Zealand is in a great position to leverage the advantages emerging digital technologies can provide and our CIO network comprises many talented and experienced people that are willing to share. I think our collective future is bright.”